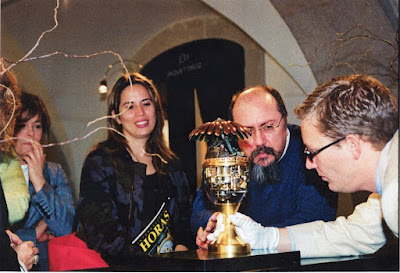 After more than seven years at the helm of RJ-Romain Jerome, Manuel Emch today announced his decision to leave the Geneva watchmaking company’s executive management to become the delegate of the Board of Directors. His mission will be to drive the overall strategy of the brand.

While regretfully acknowledging Manuel Emch’s decision, the Board expressed its appreciation: “For the past seven years, Manuel Emch has made a significant contribution to successfully repositioning and enhancing the credibility of the brand. In addition to this, he has infused it with a powerful identity and made RJ-Romain Jerome an inescapable name on the Swiss watchmaking scene. Its debut at the prestigious Salon International de la Haute Horlogerie (SIHH) is the most recent manifestation of this success. We would like to thank Manuel Emch for the quality of his work and for his commitment.”

For Manuel Emch, the accomplishment represented by becoming part of the SIHH means further recognition for RJ-Romain Jerome, in addition to being honoured by a number of awards for the excellence of both its products and its advertising campaigns. Over the past few years, the brand has also developed an extensive distribution network, highlighted by the January 2017 inauguration of its first Geneva boutique.

“After seven intense and exciting years, I am looking forward to exploring new horizons and taking on fresh challenges. The structure of RJ-Romain Jerome is more robust than ever and poised to emerge successfully from the turmoil currently affecting the entire watchmaking industry,” said Manuel Emch. 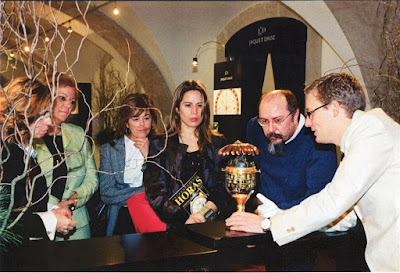