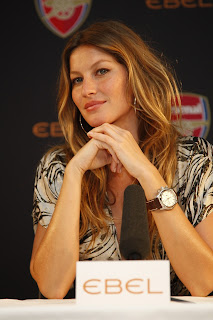 In terms of watchmaking, Brazil is ranked only 39 among our main global markets and 4th in Latin America, behind Mexico, Argentina and Panama. Following steady increases up to the year 2008 – to a level of 62 million francs – Swiss watch exports fell to 41 million in 2009, climbing back to 44 million in 2010. The recovery is continuing and the rate of increase stood at 50% at the end of August 2011, compared to the same period last year.
The fact that this market remains largely underexploited can be explained largely by difficulties of access, linked to taxation and bureaucracy. Customs duties and assorted taxes are prohibitive. These charges, based on a particularly complex calculation, equate in total and on average to 46% of the price paid by the Brazilian consumer. Discussions opened in 2009, with the support of the FH, between the Brazilian Institute of Gems and Precious Metals and local authorities in an effort to bring about reasonable taxes and improve the market, have so far proved unsuccessful.
This situation favours the grey market and contraband. It also encourages Brazilians to buy their watches outside their own country.

Another topic of concern for the watch industry in Brazil is counterfeiting. Huge numbers of counterfeit products are offered for sale in Brazil’s large cities. The FH has been active for a number of years and regularly organises seizures of counterfeit goods. One pleasing fact is that the authorities masterminded seizures in several stores in Sao Paulo in the spring of 2011, netting millions of copies, several tens of thousands of which were fake Swiss watches. This is the first time that such large-scale operations have been carried out. Let us hope there will be more to follow!

It was in this context that Councillor Schneider-Ammann conducted his mission, in order to discuss with the Brazilian authorities various bilateral problems of concern to us.
During discussions with the Minister for Development, Industry and Foreign Trade, Fernando Pimentel, Jean-Daniel Pasche was able to raise the two aforementioned problems. A memorandum was also submitted.
In his reply, the Minister began by praising our industry’s reputation. He then underlined Brazil’s determination to fight counterfeiting, stating that this was an important issue.

On the subject of taxes, he mentioned that customs duties were expected to fall eventually, but gave no precise timetable. He also added that Brazil had no reason to protect itself from the Swiss watch industry, since the latter was not in essence competing with local activities in that field.
Even if Brazil is developing on a steady basis, access for our products will remain difficult until a solution is found to the problem of taxes.