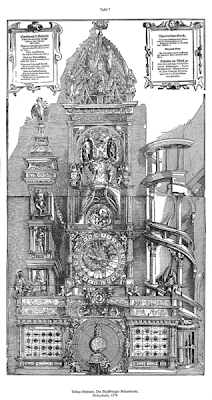 At the left of the dial a skeleton stands,
And aloft hangs a musical bell in the tower.
Which he rings, by a rope that he holds in his hands,
In his punctual function of striking the hour.

And the skeleton nods, as he tugs at the rope,
At an odd little figure that eyes him aghast,
As a hint that the bell rings the knell of his hope,
And the hour that is solemnly tolled is his last.

And the effigy turns its queer features away
(Much as if for a snickering fit or a sneeze),
With a shrug and a shudder that struggle to say,
'Pray excuse me, but—just an hour more, if you please?'

But the funniest sight, of the numerous sights,
Which the clock has to show to the people below,
Is the Holy Apostles in tunics and tights,
Who revolve in a ring, or proceed in a row. 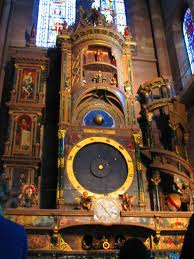